Krakow has existed almost forever. This prosaic statement in relation to Krakow is very appropriate, for no historian can determine even the approximate date of its establishment. Perhaps the varied terrain, manifested by a multitude of hills and caves, the Vistula River and the rest of the water system, forest thickets, almost forced their favorable characteristics to settle these areas by the former wanderers looking for a permanent place of residence. Initially, Krakow, was the seat of the Vistulans, who were subordinated to the Great Moravian state, then the first Piasts appeared on the historical arena and incorporated Krakow into their new state organism, giving it a prominent role quite quickly. Formally, Krakow was granted a location privileg 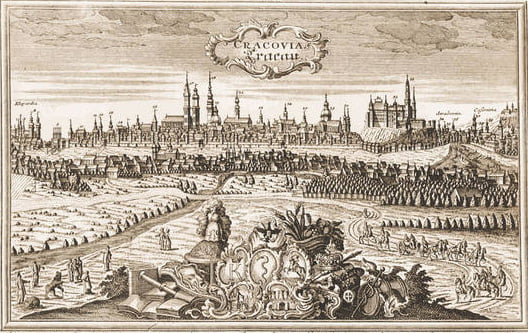 e under the Magdeburg Law only in 1257, allowing it to function within a certain legal framework, but this was not the actual founding of the city, as is sometimes erroneously reported, but its constitution, which at that time brought many benefits. Krakow was and is one of the most important urban centers in this part of Europe. This is evidenced by many factors, but the most noticeable of them, is its diverse architecture, symbolized by the Wawel Royal Castle, St. Mary’s Basilica, the Cloth Hall, the Florian Gate with the remaining part of the defensive walls, the 15th-century Collegium Maius together with the neo-Gothic Collegium erected in the 1880s. The 15th-century Collegium Maius with the neo-Gothic Collegium Novum built in the 1880s, Krakus, Wanda, Kosciuszko and Pilsudski mounds, the unique socialist realist Nowa Huta “Doge’s Palace,” the Central Square in Nowa Huta, Krakow’s Remu, Tempel, High, Kupa, Isaac, Popper and Stara synagogues, which in unusual circumstances survived World War II, Fort 31 “St. Benedict” on Lasota Hill, with the entire preservation of the city. Benedict” along with the entire surviving ring of the Krakow Fortress, and many other unique buildings that formed the landscape of this unique city.

Over the centuries, the city’s rulers naturally accepted Krakow’s peculiar phenomenon, giving it a significant role within their rule. Polish kings anointed Krakow the capital of the Kingdom and then of the multinational Commonwealth, the Austrian partitioners singled it out as one of the most important strongholds of the Empire, even the German Nazis made Krakow the capital of the General Government, expanding it significantly, while the Communists, right after the war, built Nowa Huta nearby, which contributed to the economic development of the city. It is easy to see that almost every one of them added their “brick” to the expansion of Krakow, leaving their mark on the architectural space of the city.

When going “into the city” in Krakow, it is customary to head towards the Main Square. This statement, which is firmly rooted in the consciousness of Cracovians, has its historical basis, as there were many urban centers in the vicinity of Cracow, such as Kazimierz (1335-1800), Kleparz (1366-1794), Podgórze (1784-1915) and Nowa Huta, which is formally a district, but in essence an independent socio-cultural entity that has only in recent years been strongly integrated with Cracow. Each of these districts has its own unique history, unique architecture and residents who are endlessly in love and attached to it. Krakow’s diversity creates an unparalleled social and architectural melting pot, the phenomenon of which is recognized by the millions of tourists who visit the city each year.

Aerial photos of Krakow our gallery